Have you ever though about starting a Dining Club?  I assure you it’s a blast. We didn’t intend to create a dining club when we started but we love it! As I look back I can see I was always headed in that direction.  The concept unofficially started with my friend Mary who I lived next door to many years ago.  Mary had small children and a husband who didn’t care to cook in the style she liked.  We became fast friends and established our Sunday dinners.  During the growing season we would go to the farmers market and have a wonderful time preparing our feast.  Sam & the kids thought we were nuts but they came around.  Now her children are grown and gone and I have moved to another town 30 miles away, that might as well be hundreds of miles because our schedules are so different.  We will always stay in touch to the best of our ability and have fond memories of those dinners. Mary and I both are glad for our friendship and the influences we had on her children to help them appreciate the impact of food in our lives and the importance of the “family table”.  We certainly have learned from the experience. 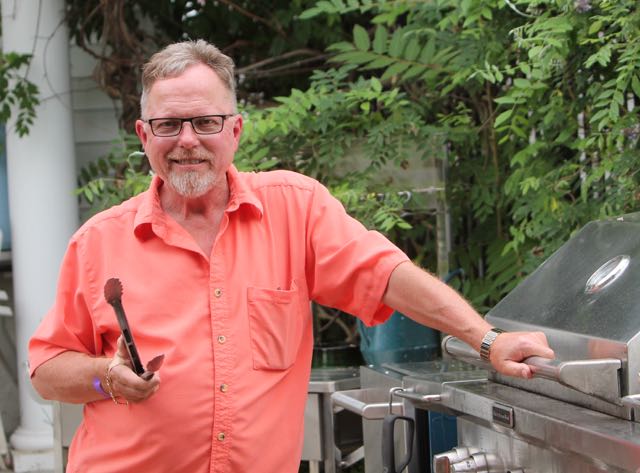 Years later I met and married my husband Steve.  He has always enjoyed good food and loves his grill, what man doesn’t?  In preparation for our life together one of the first thing he did was research a grill for the backyard.  We traveled to Atlanta to attend the Hearth, Fireplace and Patio Show.  Steve interviewed vendors, researched the internet then finally decided on a Kitchenaid grill. He became a dealer and before you know it, there was a grill the size of a small car in out backyard.  Having always loved to cook and gather over a dinner table we began to create our backyard entertaining area around the grill as well as indoor spaces for the times the weather would not accommodate outdoor dining. 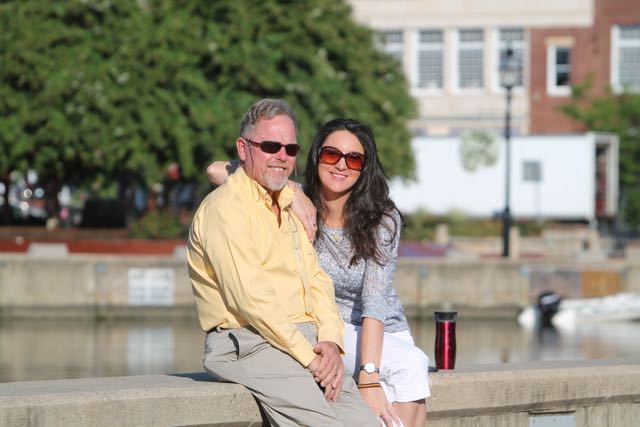 Steve loves his grill but the major turning point was going to see the movie Julie and Julia.  We went out for a French Dinner after the movie and he announced he wanted to make Boef Bourguignon.  I seized this opportunity, dug out my copy of Mastering the Art of French Cooking and before you know it Boef Bourguignon was his favorite dish.  He then began to expand his horizons with coq au vin, and other dishes, scouring the cooking channels for new ideas.  I created a monster…. 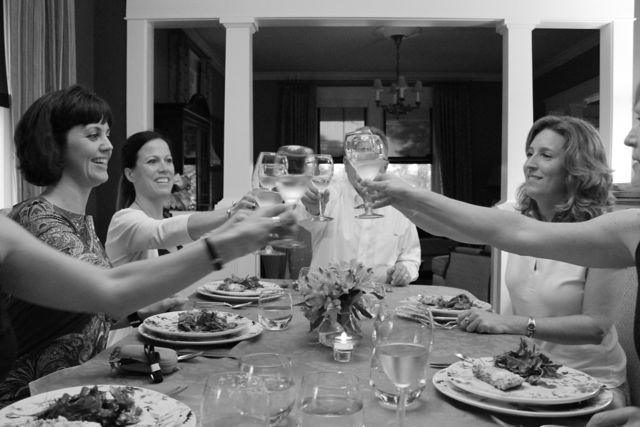 While Steve enjoyed his role as host, we stumbled into a dining club. He loves sharing his creations and is proficient with his French cuisine. This means bragging about his accomplishments. Café Normandy is our favorite establishment for Sunday Brunch. Laure is our favorite server and we go to visit with her. She would tease him about his adventures in French Cooking.   Laure is French, didn’t cook but wanted to learn. Boef Bourguignon was one of the dishes she could make and they quickly dared each other into a competition. We set a date, she was to invite some friends and we would invite some of ours, this would decide who made the best Boef Bourguignon. As the date approached the two of them were talking it up, it was quite entertaining. I think they scared each other because it was suggested that it would be best to have two dishes and not make the same thing.   Steve had mastered Coq au Vin, so they decided he would prepare the chicken, Laure would do the beef. 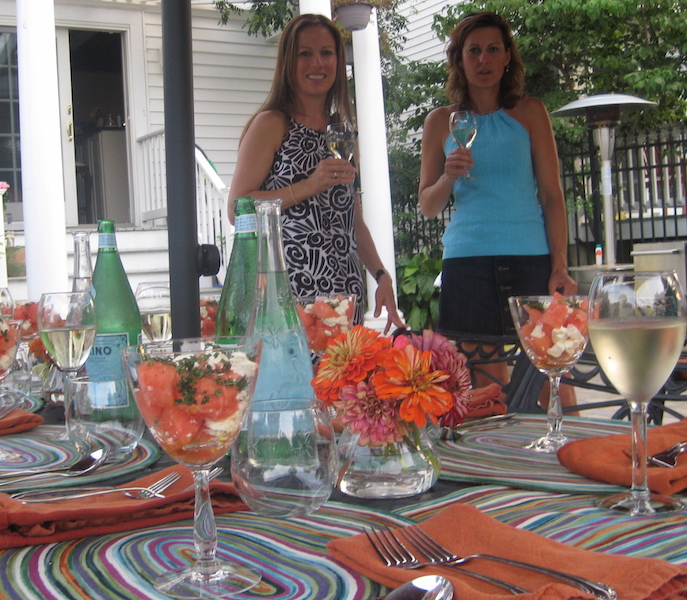 The big night finally arrived.  Steve gathered his girls around him: myself, Holly, Karen, Julia and Marie.  Laure brought Bob and Laura and the evening was so much fun we decided it would be a monthly event.  This evolved into the French Cooking Competition then the French Chef Event as we decided that everyone would contribute something and enjoy instead of trying to decide a winner – that was impossible. We documented this with Steve’s blog:  Cooking with Steve, Culinary Adventures with a Wife and Girlfriends (Yes – he is the only guy allowed).  His blog morphed into Monica’s Table.  We still celebrate Steve in his section: Cooking with Steve where he will show off his grilling techniques and cocktails. 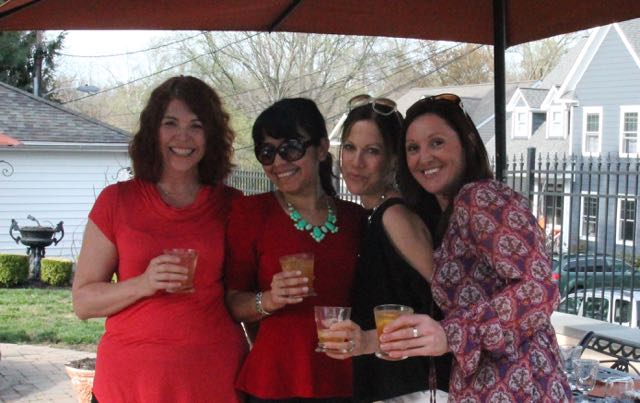 Over the years our group evolved in a beautiful way. Very quickly we branched out to other cuisines.  We decide on a theme, the host will be in charge of the main course, then everyone selects what they want to make or bring.  Our membership has fluctuated a bit. Some have moved away, others have changes in schedules, etc., then new additions that slip into the mix.  It all works out and it is so much fun!

Do you have a dining club?  Please tell us about it.