Steve loves bacon. In his opinion, those that don’t think bacon is the most wonderful food on earth can’t be trusted. In the last few years, bacon bowls have become the latest rage. He is so upset because he has been perfecting this technique for years and now someone has stolen his thunder. They are advertising the perfect bacon bowl on TV and these plastic forms can produce crispy bacon in the oven or in the microwave, so they say. 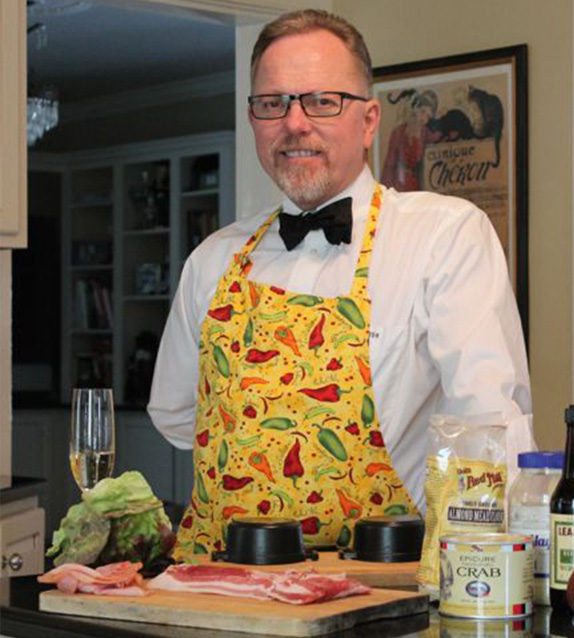 Steve is a bit suspicious of this. He has been working with his favorite cooking medium (cast iron) and having great success. He would never stoop to order the plastic forms so I surprised him with a couple to try out. Over the course of the month, he dressed up so we could photograph and record videos of his endeavors.

I wholeheartedly encourage this project and Steve is so proud of himself. In his latest attempt, he has found that if he makes a big enough bowl, he can stuff it with a giant crab cake. I tend to like the bowl filled with salad and the crab cake on the side. But, as you can see, either way is spectacular. 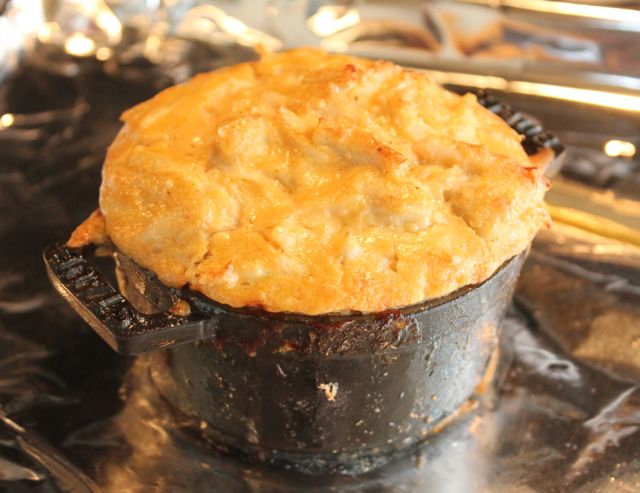 In this quest, we found that the perfect bacon bowl is elusive. Some turn out beautifully, some are a mess and some, thankfully, have a good side we can emphasize when serving. Steve had a really good one and set it aside to photograph, but unfortunately it was placed within our little dog Bella’s reach and she ate it. Steve was so upset! I thought Bella might live outside forever after that, but Steve relented. I don’t think he will ever forgive her, but that evening he let her in. Thankfully, it was a nice day and she was very happy to stay outside. 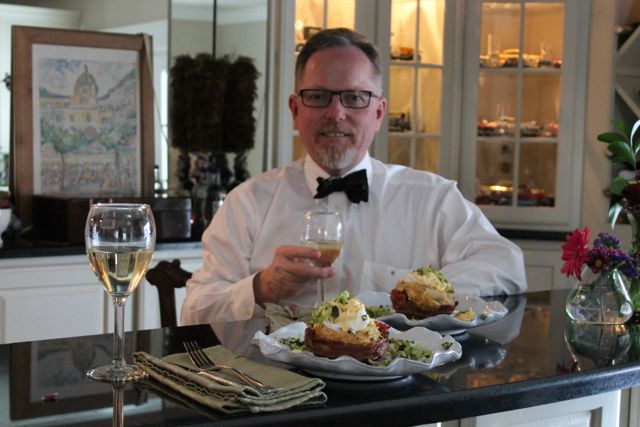 No matter how the bowls look, they taste wonderful. Steve has filled them with lettuce, tomato and mayonnaise for a BLT without the bread, as well as various other fillings. Really, they are good with anything you can think of! Who can go wrong with bacon?