Fall festivals are my favorite and the best is Octoberfest at The Old Stein Inn, our local beer garden. One of my favorite things ever is their Sauerbraten Poutine.  Sadly, they have taken this off the menu but I can still order the fries with the Sauerbraten gravy.

Our neighbor makes the best latkes ever and taught me how to do this.  Once I made the sauerbraten and served it over these latkes and now this is a family favorite.

I had been thinking about the lovely sauerbraten gravy. To create my own version I delved into my family history. My Great Grandfather emigrated here from Germany and my grandmother made sauerbraten.  She had his recipe in her head but written recipes were not her forte. She is gone now so I started to poll the family for insight.  I did find some of her recipe notes giving me the foundation to piece together my own version of the sauerbraten. It may not be the most traditional but it is amazing.

Now, to create the Poutine…Even if I could have used French fries I wanted something more unique. My answer was the Latke. When I started to think about this as the base for my poutine so I went on a quest to find the perfect Latke. I asked all of my friends and got so much feedback. I’m so amazed as how generous everyone was with their with family traditions.

My neighbor, Gale, has a family tradition of latke making.  She and her sister share their grandmothers recipe and even they have some differences in technique.  I’m pretty impressed because whoever makes them they turn out light, fluffy and delicious!  She was so excited about my quest she sent me home with her treasured electric skillet for this adventure.

I created my own version of the latke and once I had it down I paired it with the sauerbraten I love so much.  Then I topped it with goat cheese. That put it over the top. Once I perfected this recipe I served it for my French friend. She even asked for the recipe – everyone does.

Here is my version of the Poutine. I use the latkes as a base, layer a few thin slices of the beef, ladle the gravy over it and top this with a creamy chévre.  I know the recipe looks daunting but it’s really not.  The Sauerbraten can be prepared days in advance.  Even though the latkes are fried they are fun to make once you get the hang of them.  I’ve broken the recipe down into two parts:  The Sauerbraten you will find below, with a link in the recipe for the latkes.

I hope you enjoy it as much as we do! 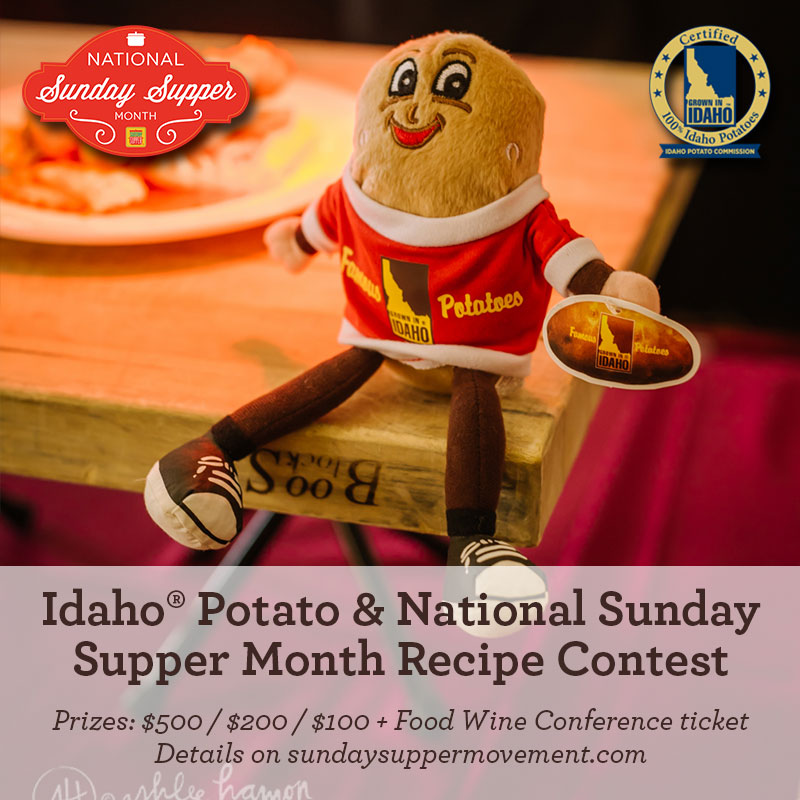 5.0 from 1 reviews
Latke and Sauerbraten Poutine

Save Print
The sauerbraten needs three days to marinate, so plan accordingly. It can be prepared in advance by cooling it to room temperature after braising and refrigerate up to 3 days.
Ingredients
Herb Bundle
Freshly made Latkes - CLICK HERE for the recipe & tips
Instructions
3.3.3077